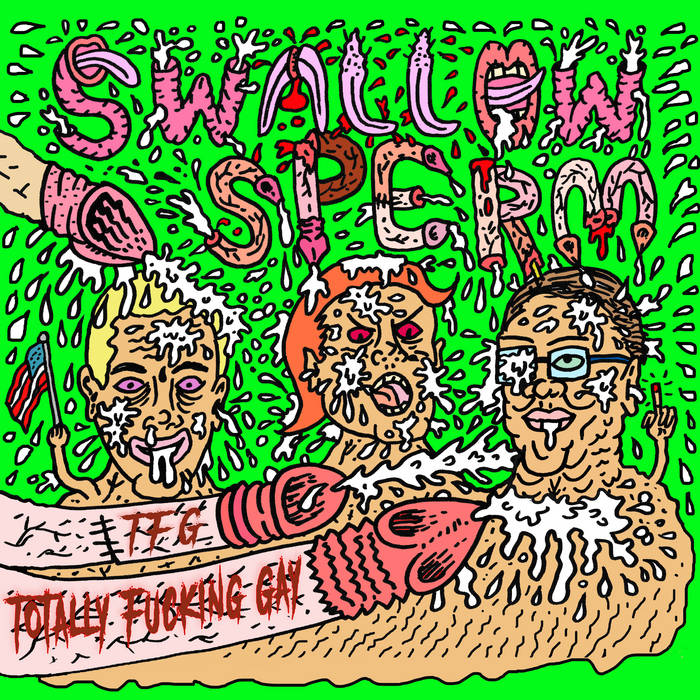 Swallow Sperm is the first single and title track to the upcoming TFG 2020 album release. The song is funny, dirty, catchy and heavy, with keyboards stolen from Ric Ocasek, metal-esque rhythm guitars, industrial strength drum machines and lead guitars that evoke a twisted version of Jimi at Woodstock.

The comical lyrics celebrate balls, butts and cock in a way that would make both Howard Stern and John Waters proud. Politics, pleasure, penis, farts - nothing is off limits. Shit, there's even some melody tucked in there somewhere.

The artwork that accompanies this single is from the notorious and controversial comic artist, Mike Diana. TFG has been unleashing its own hybrid of new wave, noise rock and pro sex propaganda since 2005. If you like the LGBT and hate the GOP, TFG should be your favorite band;

The TFG back catalog is available for streaming/purchase everywhere. From the bath house to the mosh pit, TFG has got you covered.
totallyfuckinggay.bandcamp.com